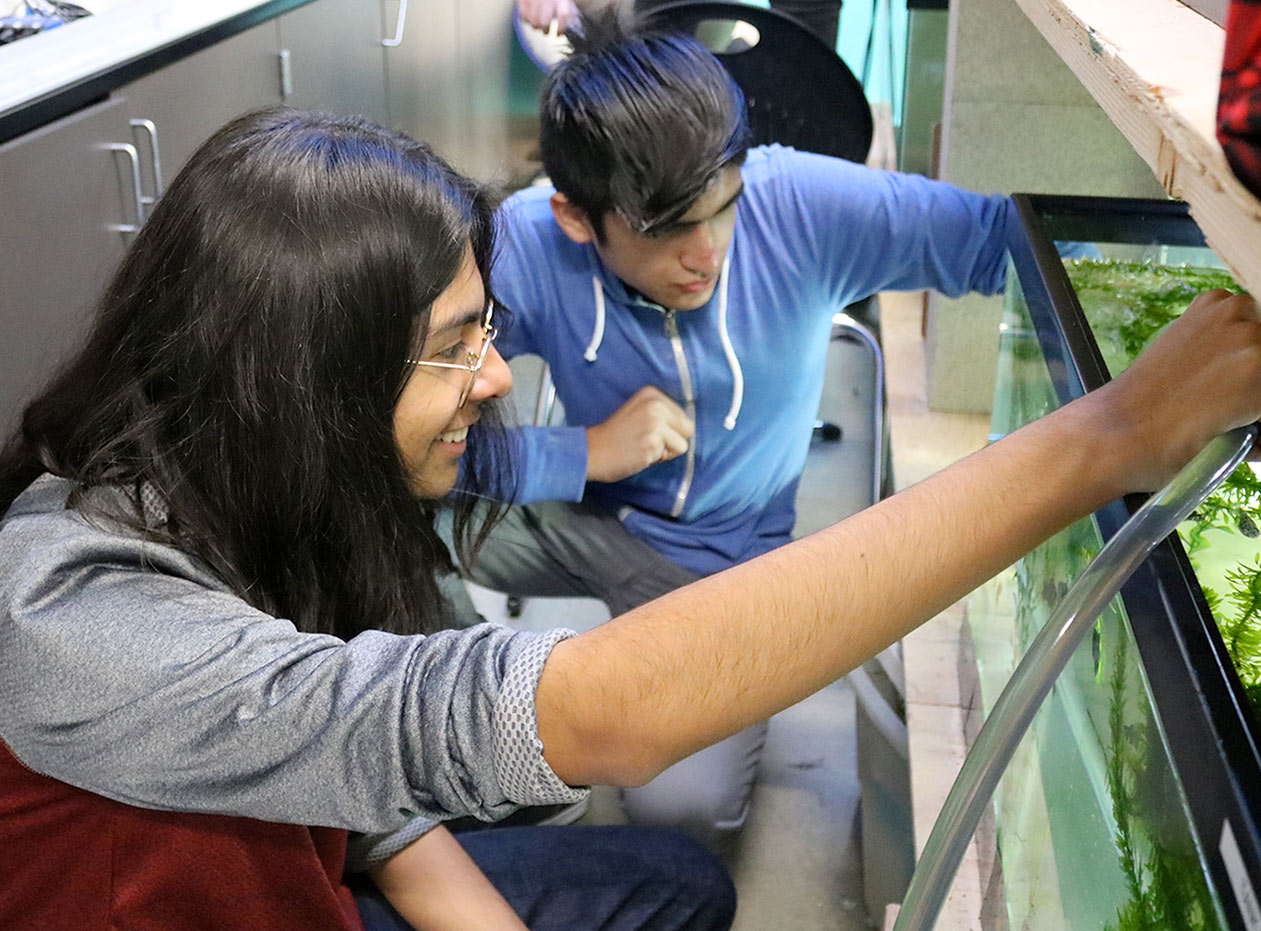 How can breeding ornamental fish protect them in the wild?

In what ways is science a humanitarian endeavor?

Ornamental fish are being over fished from coral reef systems and sold in the pet trade industry. When these fish are removed from coral reef systems, harmful algae suffocate the corals and ultimately kill off the entire coral reef ecosystem. If these ornamental fish can be bred in captivity, we can keep the native fish in their local ecosystems and use captive bred ornamentals to supplement the pet trade economy, which has become a major source of income for countries in poverty overseas. With movies like Disney’s Find Dory hitting the screens over the summer, now more than ever it is important to educate people about their choices when they purchase a blue tang Dory fish that has been removed from a coral reef system in Indonesia.

Due to their unique breeding patterns, the blue tang is one species of fish that is very challenging to breed in captivity and has yet to be successful in laboratory settings. The objective for this project is to determine the recipe for captive breeding of ornamental fish. Students will use the engineering design principles to construct saltwater aquarium tanks while conducting studies about the changes in nutrient cycling, pH, ammonia, salinity, dissolved oxygen, and temperature. Students will then use the scientific method to conduct research on the most effective recipe and tank design for captive breeding of ornamental fish species in the classroom. Findings will be reported professionally to the staff at SeaWorld’s Rising Tide Conservation program. Students will simultaneously be maintaining social media outlets to promote educational awareness around ornamental fish in the pet trade industry.

Intro to Ichthyology & Herpetology: Honors Component to the class

In this class, students will learn about identification, behavior, and maintenance of fresh and saltwater fish species as well as reptiles and amphibians. Students will have the opportunity to participate in feedings, hands-on lab maintenance and set up fresh and saltwater tanks, and they will receive training necessary to earn a pet shop certification. Students will be aiding in setting up a breeding system for amphibians. Students will also learn the art of aquascaping, and will have the opportunity to network with real scientists, pet shop owners, and local members of the pet trade industry. 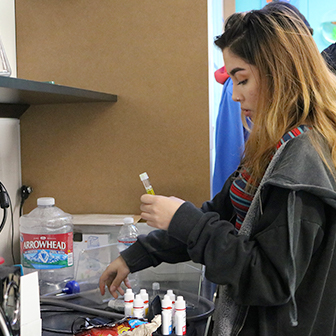 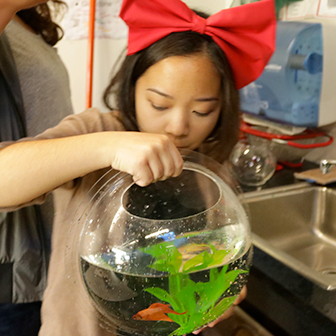