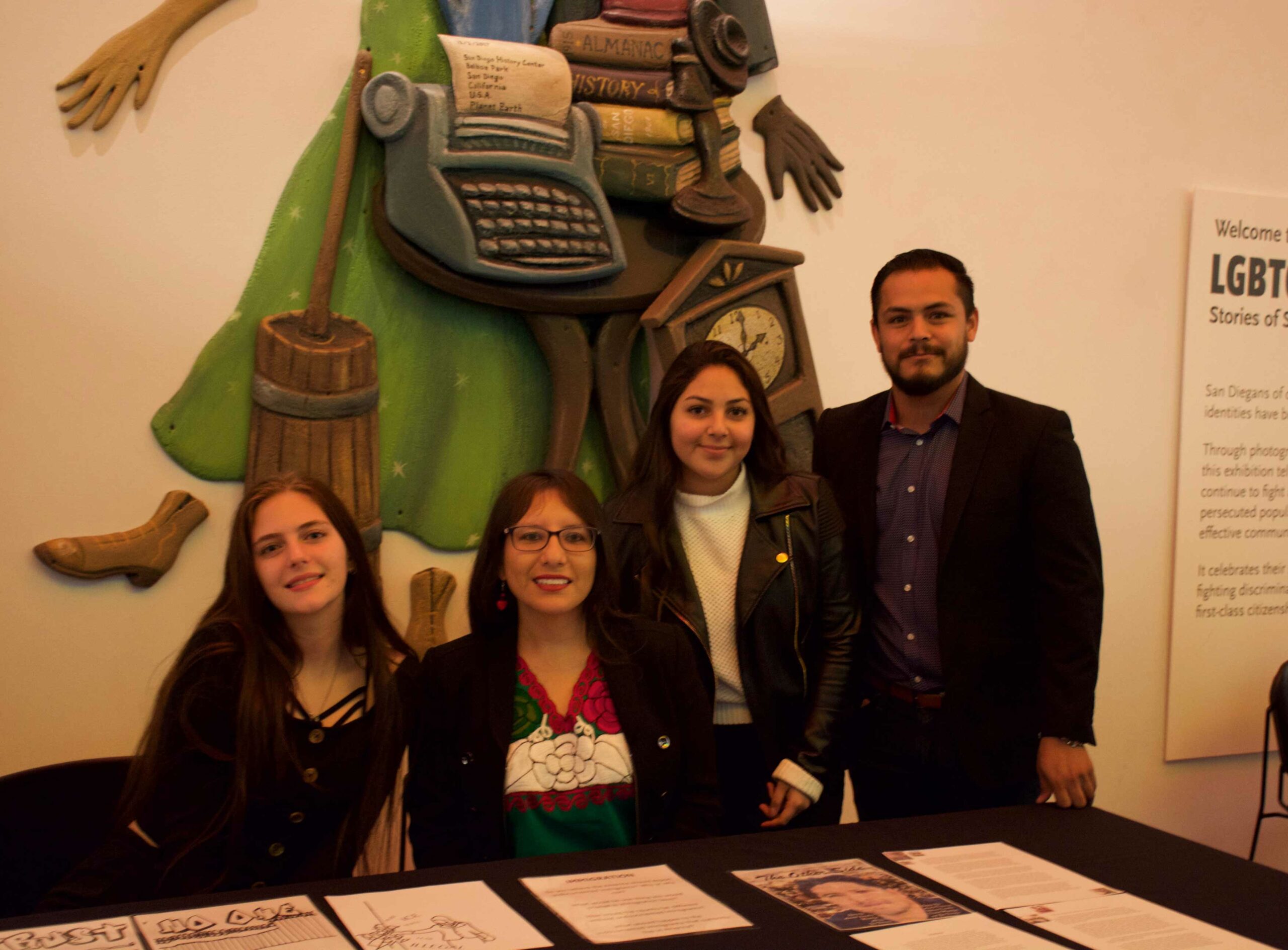 The ability to make your voice heard through the ballot box is one of the core features of our American democracy. Many people, however, head to the ballot box without an understanding of what they’re actually voting for. According to Matt Haupert, this contradiction was the inspiration for this project.

The Voices of Justice project was really two separate projects that students worked on simultaneously in the same groups. One project was a political campaign simulation, in which students studied major issues facing our society, formed political parties, created party platforms, and nominated a candidate from within their group who would run for office. The groups campaigned for their candidates, and the project culminated in a political debate in the council chamber at City Hall, followed by an election.

For the second project, students conducted extensive interviews with people from the community who had personal stories about these societal issues and created an illustrated collection of oral histories.

The purpose of doing these two projects at once was so students could learn about these challenging topics both on a macro-level and through personal experiences. Planning this was tricky, as students were juggling two major projects simultaneously. Students worked in groups of four, and roles were fluid, so that at any given time, all four students could be working on one project, or they could divide up and work on tasks for the separate projects depending on where they were falling behind and what deadlines were looming.

By working on these two separate projects to explore the same societal issues, Matt was able to create many access points for students to engage with the project. While all students in the class were grappling with questions about complex issues like immigration, refugees, the opioid crisis, and homelessness, there were a variety of ways for them to engage with the material. Some students prepared for debates and wrote speeches as political candidates. Some designed websites for their group’s political party. Some conducted interviews with members of the community and crafted them into compelling narratives. Others created artwork to highlight specific themes from the oral histories. Every student was able to enter the conversation.

Two exhibitions gave the students real world stakes and an authentic expectation for beautiful work. The oral history narratives, artwork, party platforms, and campaign websites all went through multiple rounds of revision. In preparation for the candidates’ political debates, they had the chance to test their policy ideas by participating in seminars with experts in the different fields they would be debating. They discussed their ideas about immigration with an immigration attorney, they shared their solutions for the opioid crisis with a substance use disorder counselor from a treatment clinic, and they discussed homelessness with the CEO of a non-profit organization serving unsheltered people.

The final exhibition for the political campaign was a debate in the council chamber at San Marcos City Hall. Students responded to questions from a debate moderator, as well as questions from audience members. For the oral history project, students presented their book in an exhibition at the San Diego History Center. The people they interviewed came to read excerpts from the stories that students curated, and the students and interviewees participated side-by-side in a Q&A panel about their experiences with the project. 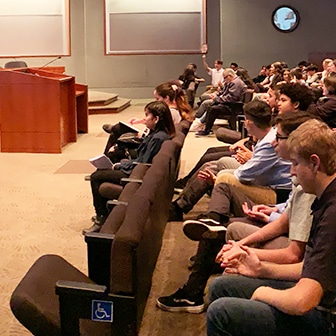 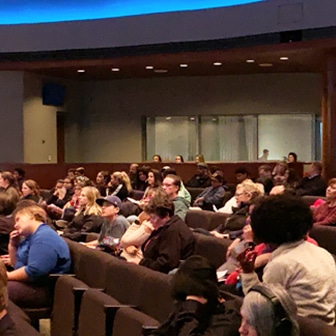