Mark was born in the Blue Ridge mountains of Asheville, North Carolina. After earning a Bachelors of Science in Outdoor Experiential Education at Appalachian State University, he migrated west in search of sunsets and alpenglow. Mark is passionate about getting students outside to foster a better understanding, appreciation, and connection to the natural world. For […]

Guillermo was born and raised in Calexico, CA and graduated from Calexico High School in 2008. He earned a BA in Political Science from the University of San Diego before earning his MA in Education from National University. His experience working with students from disadvantaged and underperforming schools throughout the years has taught him how […] 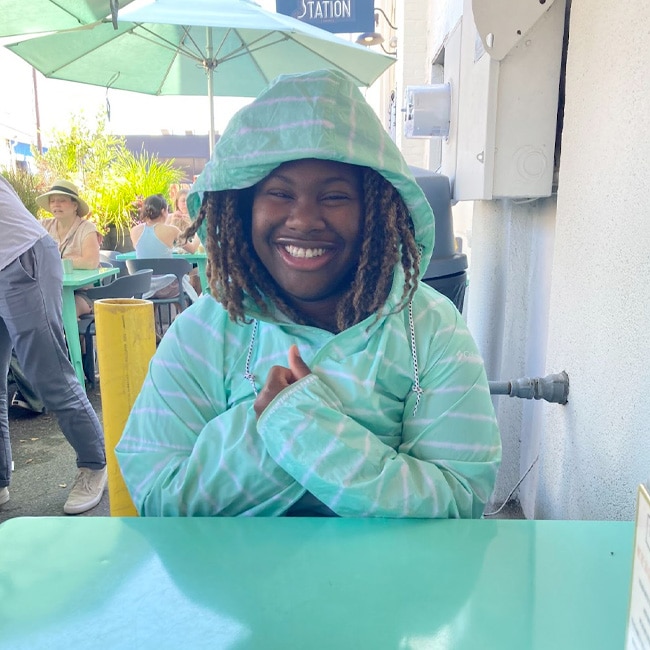 Charity was born and raised in the exciting city of Cleveland, Ohio! At Kent State University, she earned a BA in Middle Childhood Education with a concentration in Science and ELA. Charity has spent the last 6 years in Charleston, South Carolina. She loves going to the beach, snowboarding, and hanging out with her German […] Natalie was born and raised in San Diego. She earned a BA in Politics and History from UC Santa Cruz and worked in outdoor education, politics, and writing before starting as an AC at High Tech High. This past year she has been a Teacher Resident through the HTH GSE at the high school right […] Gemma was born and raised in southeast San Diego. She attended Bates College in Lewiston, Maine and earned a BA in Spanish and Gender and Sexuality Studies. She worked as an academic coach at High Tech Middle Mesa before joining the San Diego Teacher Residency program at the High Tech High Graduate School of Education. […]