Does My Vote Matter?

Does My Vote Matter introduces students to the wide array of voting systems that exist and to various measures of fairness in those systems. 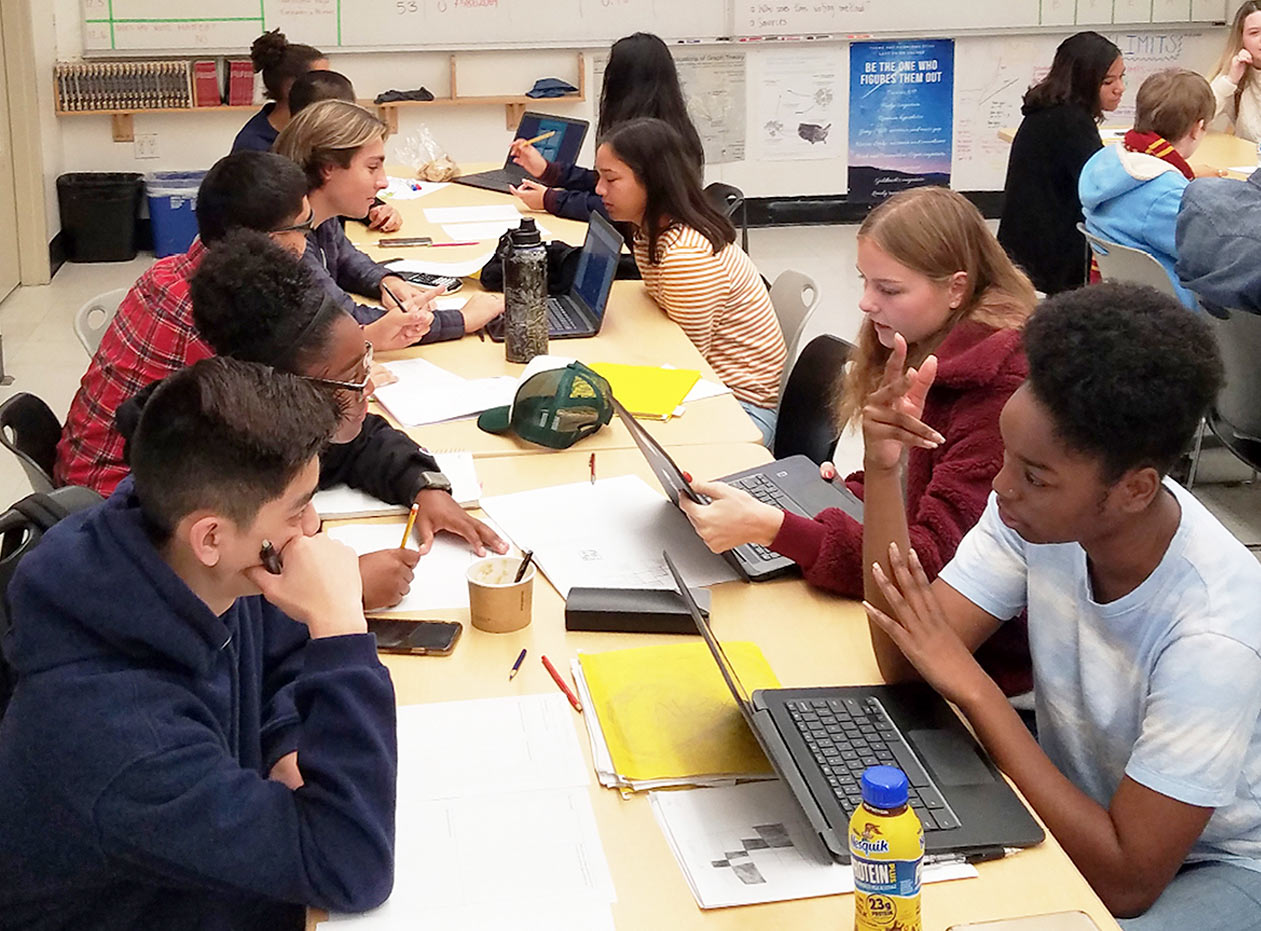 In their senior year, many students become eligible to vote for the first time. Some are excited, while many think there is no point. This project goes beyond issues and candidates to look at voting itself through a mathematical lense. Does My Vote Matter introduces students to the wide array of voting systems that exist and to various measures of fairness in those systems.

Mele Sato launched the project with a mock election in which students voted, and then tallied the votes using different systems — for example, one-person-one vote, an electoral college, a runoff election, a two-party election. The results showed that with the same votes, different voting systems generate different outcomes. “Wait, what? That’s not fair!”

Given most teenagers’ strong sense of justice, students were now motivated to examine what might seem like a dry topic — various systems of voting, and the mathematical methods of measuring the “fairness” of voting systems. Throughout the project, students asked themselves, “If current voting systems are unfair, what would a fairer system look like?”

One project deliverable was to create a poster illustrating a particular voting system, that analyzed its benefits and drawbacks.

In a second phase of the project, students analyzed the way their own voting districts are defined. Some were surprised to find that Barrio Logan, for example, an extremely dense neighborhood, is in the same congressional district as Campo, a rural area 50 miles away.

Students learned about various methods of measuring whether a district had been gerrymandered: proportional representation, wasted votes, and the concept of “compactness,” a way to describe the variability within a district and thus measure its fairness in terms of representing voters.

Students also learned that while many state legislatures determine voting districts, which are thus subject to political manipulation; in their state, California, an independent citizen commission is responsible, and citizens may submit proposed reforms, which led to several groups focusing on that as a final project.

Students also looked at voting through a social justice lens, examining current and historical implications of redlining, Supreme Court decisions on the immigration question on the census, and the Voting Rights Act and minority opportunity districts. Understanding local representation and how school districts are drawn were also hot topics amongst the students.

Students grappled with how to inform voters about the importance of their voice and their vote, and yet, because of a given system or the way a district was drawn, some votes in certain areas wouldn’t “count.”

Students were assessed throughout the project as to how they worked in a group together, went through the mathematics for their voting method or proposed districts, their writing products, and how well they communicated with others during the project and exhibition.

Students created posters explaining voting systems and redistricting issues/proposals. An exhibition rehearsal was held for younger students in the school; students took note of questions they did not answer well and prepared for the final exhibition for parents and community members. Guests at the exhibition were given ballots to vote for the voting method they considered to be most fair. Students were surprised at how many adults who had been voters for many years did not know about many of the fairness issues they had studied. 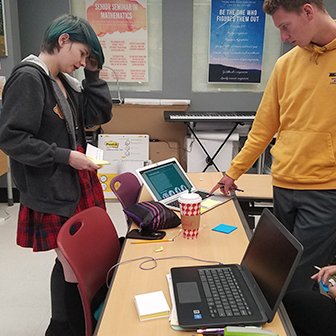 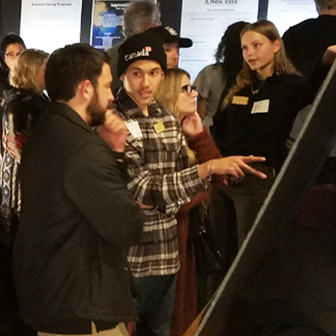