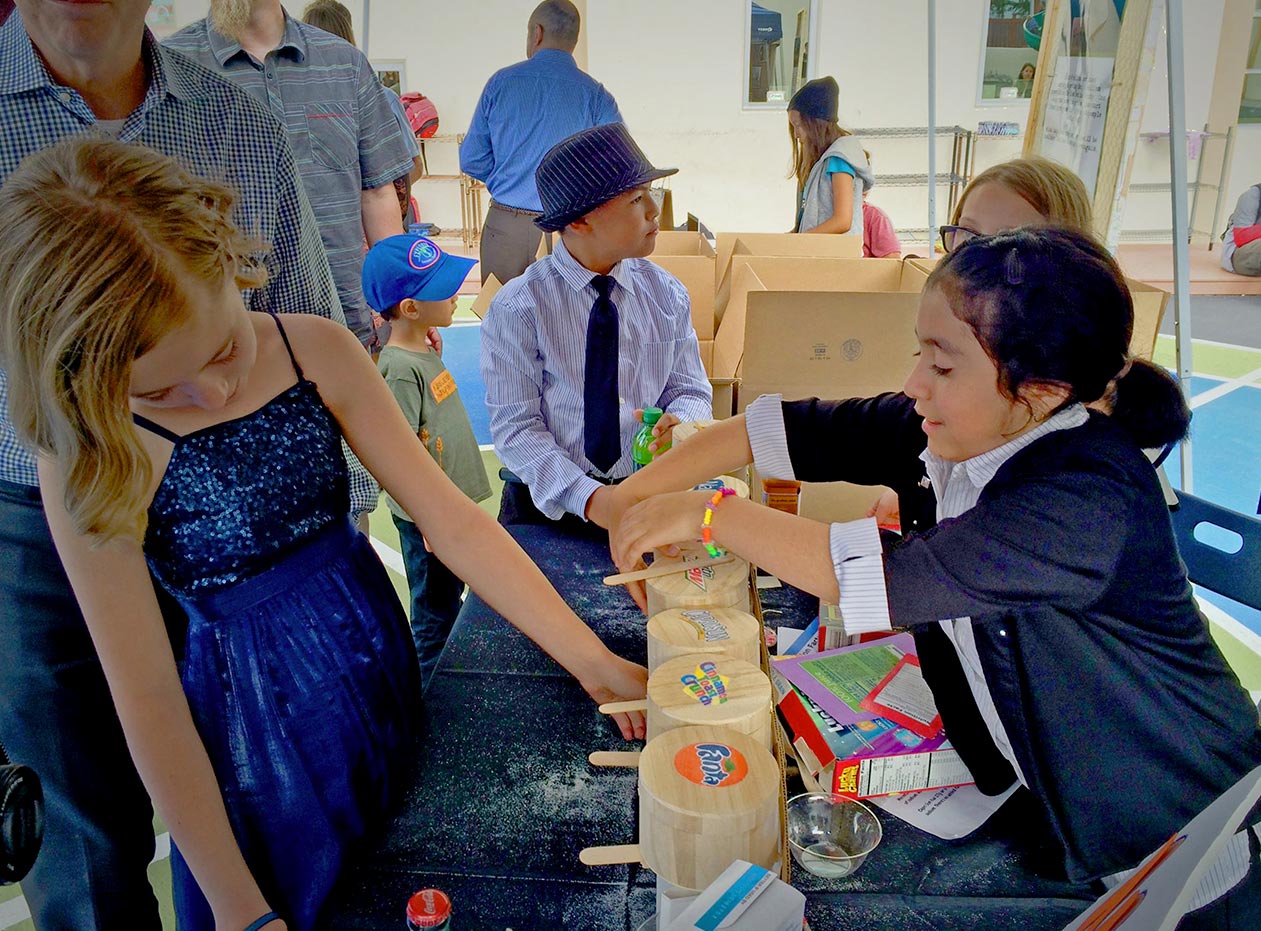 “How do we make informed decisions about the food we eat?” The inspiration for this project came from Mari Jones seeing a need for change in the way students were eating and in the amount of food they were wasting each day. The goal was for students to learn to think critically about all aspects of food. Throughout this year-long project, students used the subject of food to talk about community, family traditions, sustainability, and health.

The project launched with a connection between food and community. The class had a feast to share food that was meaningful to them and visited the local Children’s Museum exhibit about food.

This project lasted throughout the school year and had several distinct parts. The first nine weeks were dedicated to three questions: Where does our food come from? How has agriculture changed over the years? How does our food affect the environment?

Students examined California history through the lens of agriculture and began to grow their own food in the school garden. They wrote letters to the editor from the perspectives of farm workers and farm owners. They also created comics to represent an era in California’s agricultural history. They considered facets of present-day food production and distribution, including organic, genetically modified organisms (GMO), locally grown and imported foods. Research sources included many nonfiction books, as well as interviews with local farmers and a local fisherman who spoke about sustainable fishing practices. Students wrote opinion pieces about the complex choices involved when purchasing fruits.

The next part of the project was about health and choices. These seven weeks were dedicated to two questions: How does the food we eat affect our health? How does advertising toward children affect their perceptions and decisions about food?

Students learned about digestion and nutrition, the difference between whole and processed foods, and the importance of a plant-based diet. They recorded food logs and wrote scripts in which foods spoke convincingly to an eater about why they should eat a particular food. They also learned about broader issues facing the nation due to poor diets. Students conducted research on the American diet as well as the diet of the students at the school. They surveyed the kinds of foods students were bringing to school, analyzed the data, and came up with recommendations, which they wrote up as a report and shared back with the community at an all-school gathering.

Guest speakers included a gastroenterologist and the caterers who provided the school lunch. In art, they created print ads using photography and hand drawn overlays to tell people the truth about the nutritional impact of some favorite (junk) foods. In science, they explored health problems and diseases that were food related. The class also visited a local grocery store to look at how the environment was subliminally selling unhealthy food to young people.

The next three weeks were focused on food equity, exploring the questions: How is food different for different social classes in America? In the world? What is the hunger problem? How can we help?

By visiting an urban farm in a local food desert, students learned what a food desert is, and how people are trying to make changes to help people who live in food deserts. By reading fiction and nonfiction texts, watching news clips about inequality and hunger, students examined issues regarding food equity. They engaged in Socratic seminars, classroom discussions, wrote responses to literature, and volunteered at a local organization, Feeding America.

The final four weeks of the project were dedicated to planning and implementing a Food Day event for the school community. Students got into groups that focused on one aspect of food that they wanted to teach about. Each group planned and created their activities and displays for the guests. One group was in charge of event management, including contacting a local organic food truck, and inviting representatives from Feeding America. Students were in charge of planning, delegating, and breaking down tasks, as well as reporting progress.

Art: students will learn about the significance of food to the community, connecting their own experiences to ways that artists express their relationship with food. Students will identify elements of print advertising, and use these to create their own print advertisements to tell the truth about food.

Social Studies: students will understand how California’s food production and distribution have changed over time in the context of California history from the pre-Columbian era to the present day. Students will identify ethical issues surrounding food throughout history and present day, including the farmworkers movement and the presence of food deserts in marginalized communities.

English Language Arts: students will read and comprehend a variety of fiction and nonfiction texts related to food (and community, history, science, and current events). They will be able to draw evidence from literary or informational texts to support analysis, reflection, and research. Students will produce a variety of written pieces, including personal reflections, letters to the editor, comic strips, summaries, opinion pieces, scripts, and informative (research) texts.

Math: students will collect data about our school community’s eating habits, will represent this data, and will analyze this data in comparison to the data about the American diet.

The culminating event was inspired by Food Day, a national celebration that takes place every fall in communities across the country. The class decided to create their own Food Day for the school community, a combination of a fair, interactive museum, and exhibition.

Students were involved in creating the activities and using what they had learned throughout the project to inform the community. They formed groups that designed interactive booths about nutrition, the human body, food advertising, where food comes from, and hunger in America. Each booth displayed artifacts from their project work, as well as new products students created specifically for the audience experience at Food Day. At an information booth, students sold the magazines they had created and designed with various written products, as well as their print ads and comic strips. The profits from magazines sold went to support Feeding America, an organization they had volunteered with during the project. 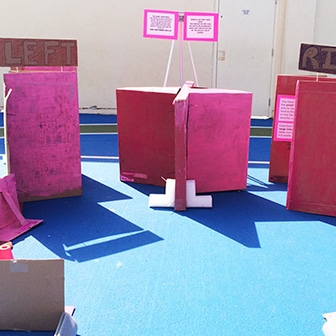 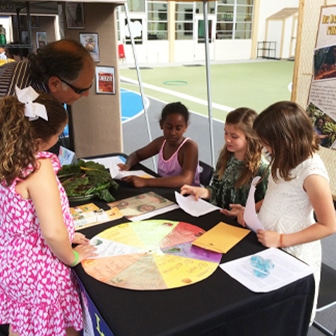