In La Llaga: Border Project, students explore the reasons why people choose to risk their lives in the attempt to enter the United States illegally. 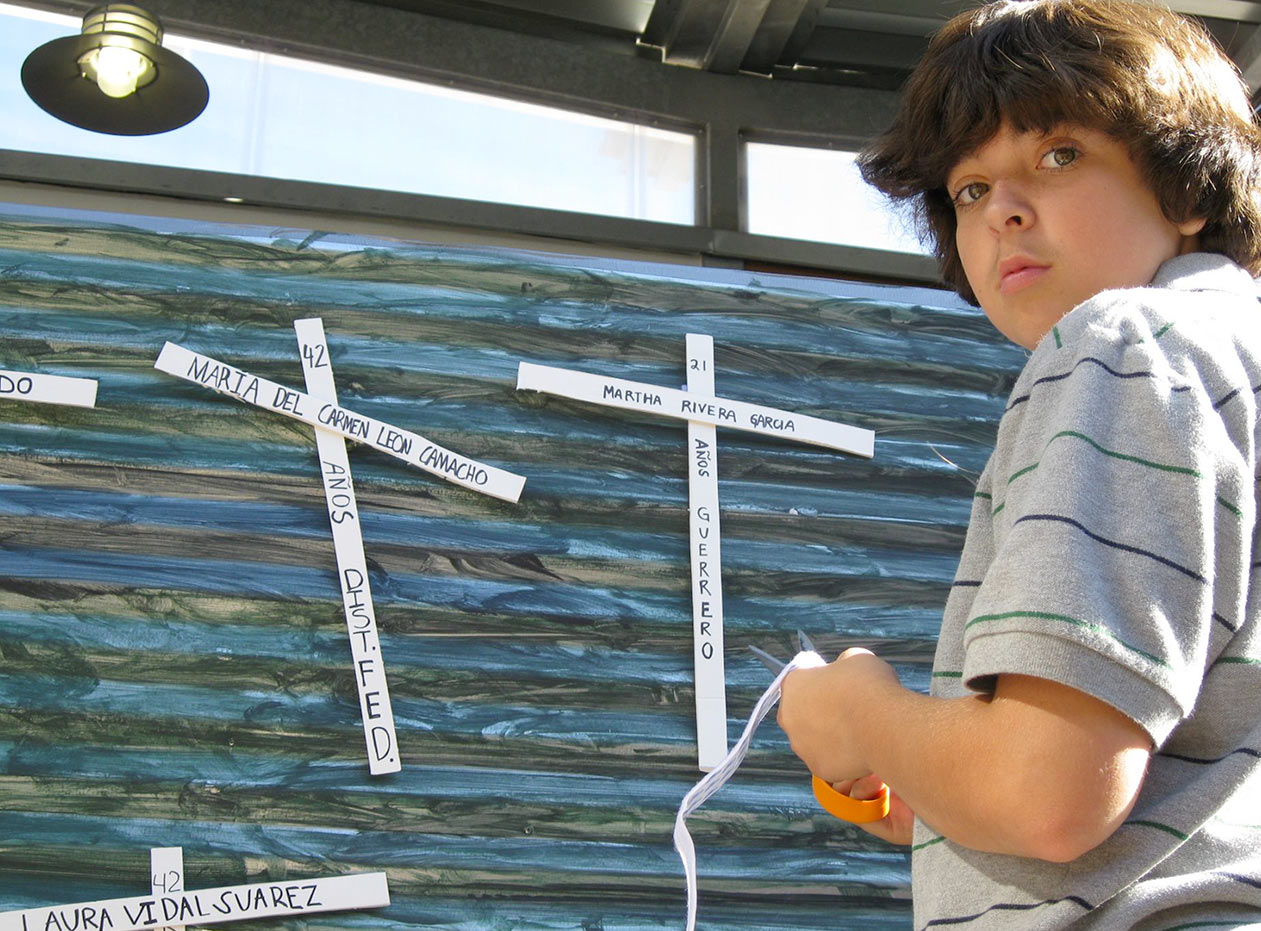 Students explore the reasons why people choose to risk their lives in the attempt to enter the United States illegally. Students will assume the role of one of those individuals and create a fictionalized account of their journey to the United States.

A couple of miles after crossing the U.S./Mexico border and entering Tijuana through Otay Mesa, one is struck by the hundreds of white crosses that line the Mexican side of the border wall. Each cross bears the name (and oftentimes the age and origin) of people (mainly of Mexican origin) who have died while attempting to cross into the United States illegally. Names have been stripped away and replaced by more recent casualties of what has been dubbed “La llaga” or the wound. These crosses not only serve as a visual reminder of the lengths to which people will go to achieve the “American dream,” but they also stand as an homage to each individual that they represent.
Students will recreate this portion of the border wall and in so doing, will explore the reasons why people choose to risk their lives to enter the United States illegally. Students will assume the identity of one of the countless people that have died at the border and will write a fictionalized narrative that explains what could have driven that particular person to risk his/her life.

The border will be created by the class as a whole, with each student being a part of one of the following 3 departments:

3. Exhibition Preparation and Management: Maintains timeline and organizes presentation (skit) during the exhibition itself. This department is also responsible for creating a recording of students reading the names of the immigrants being honored. 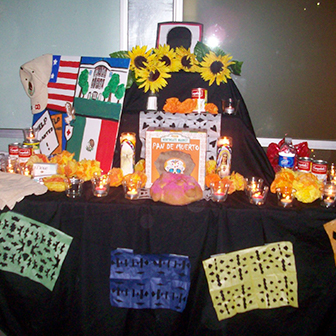 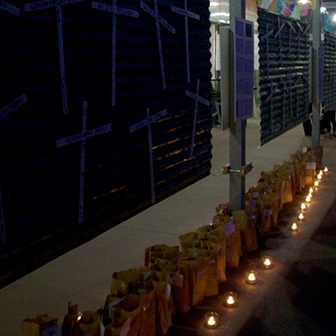