Teachers devised a project to stimulate students to think critically about their communities. They created conceptual maps of the city to communicate a message they cared about. 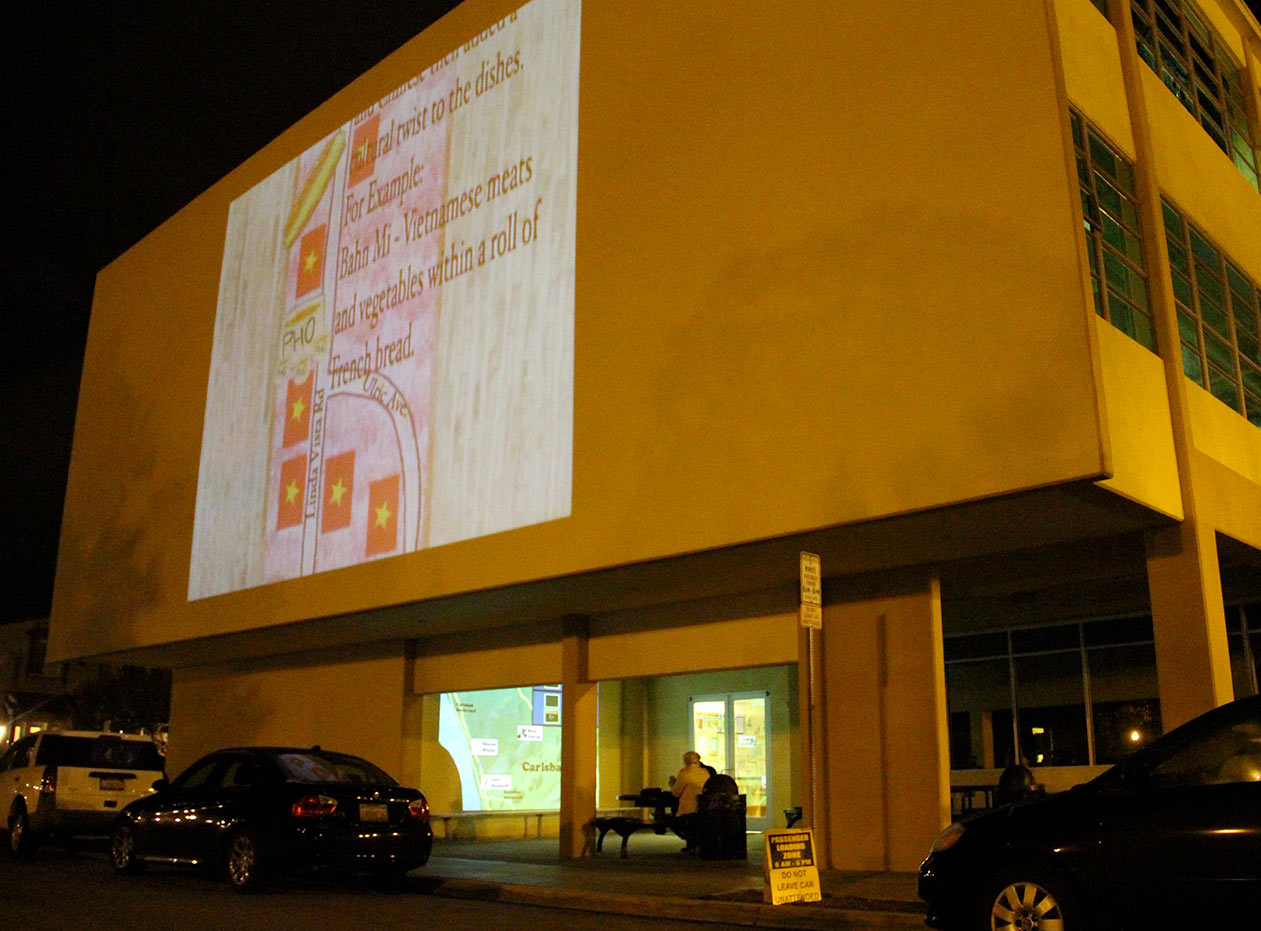 “A city is a particular kind of place, perhaps best described as many worlds in one place; it compounds many versions without quite reconciling them, though some cross over to live in multiple worlds… An atlas is a collection of versions of a place, a compendium of perspectives, snatching out the infinite ether of potential versions a few that will be made concrete and visible.” – Rebecca Solnit, Infinite City

Inspired by Rebecca Solnit’s book of conceptual maps, Margaret Noble and Rachel Nichols devised an experiential project to stimulate students to think critically about their communities. Students created their own conceptual maps of the city to communicate a message they cared about.

In this project, students researched, interviewed, and investigated their city and community in myriad ways. By compiling their work and making idiosyncratic maps of San Diego, they were challenged to rethink what they understood to be the reality of the built environment around them, as well as to accept the new knowledge that their classmates contributed. Using Solnit’s Infinite City as one model, and their own creative explorations as another, they made a series of maps of San Diego highlighting contrasts or injustices in the city.

The teachers launched the project with a challenge to map their school, with “significant moments” they had experienced in its various locations. The resulting maps and keys highlighted everything from the touching to the ridiculous: “Where I fell in love”, “Where I puked”, “Where my favorite teacher’s room is”. When layered upon each other in transparencies, the students surprised themselves with their portrait of the school.

While Margaret was teaching the students design skills, in Rachel’s class, they were reading texts on cities and the built environment including Jane Jacobs, Rebecca Solnit, and Natalia Molina. Students chose an issue that they were passionate about to research and represent in a conceptual map. Field work at the Historical Society and visits from local experts complemented their research. The resulting maps, which told stories such as the locations of banks vs. check cashing stores, bike paths vs. bicycling deaths, public places allowing skateboarding vs. those allowing dogs, were ultimately compiled in a self-published book.

The element of choice was the center of this project — students researched and represented an issue or topic that they deemed important. The teachers chose the launch exercise as a map of school instead of home specifically because they knew that one of their students was homeless at the time. Readings were broken down into short sections and teachers supported those who needed it.

Students wrote a research paper on their chosen topic and created a proposal for their conceptual map. Multiple critiques focused on whether the maps were in fact communicating the students’ arguments effectively. 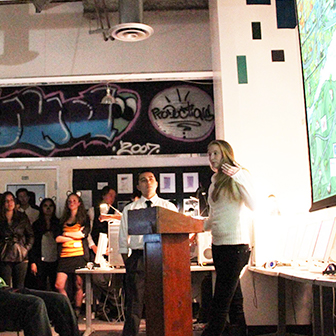 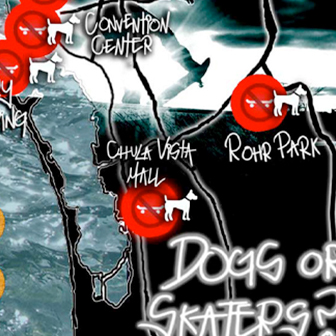 In an evening exhibition, the maps were projected in a looping slideshow on the sides of various school buildings. Inside the school, individual maps and essays were displayed. After the semester ended, students continued to work on the project, publishing a book of the maps.