Students made their own kinetic sculptures inspired by artist Rubin Margolin, who makes wave generating machines. 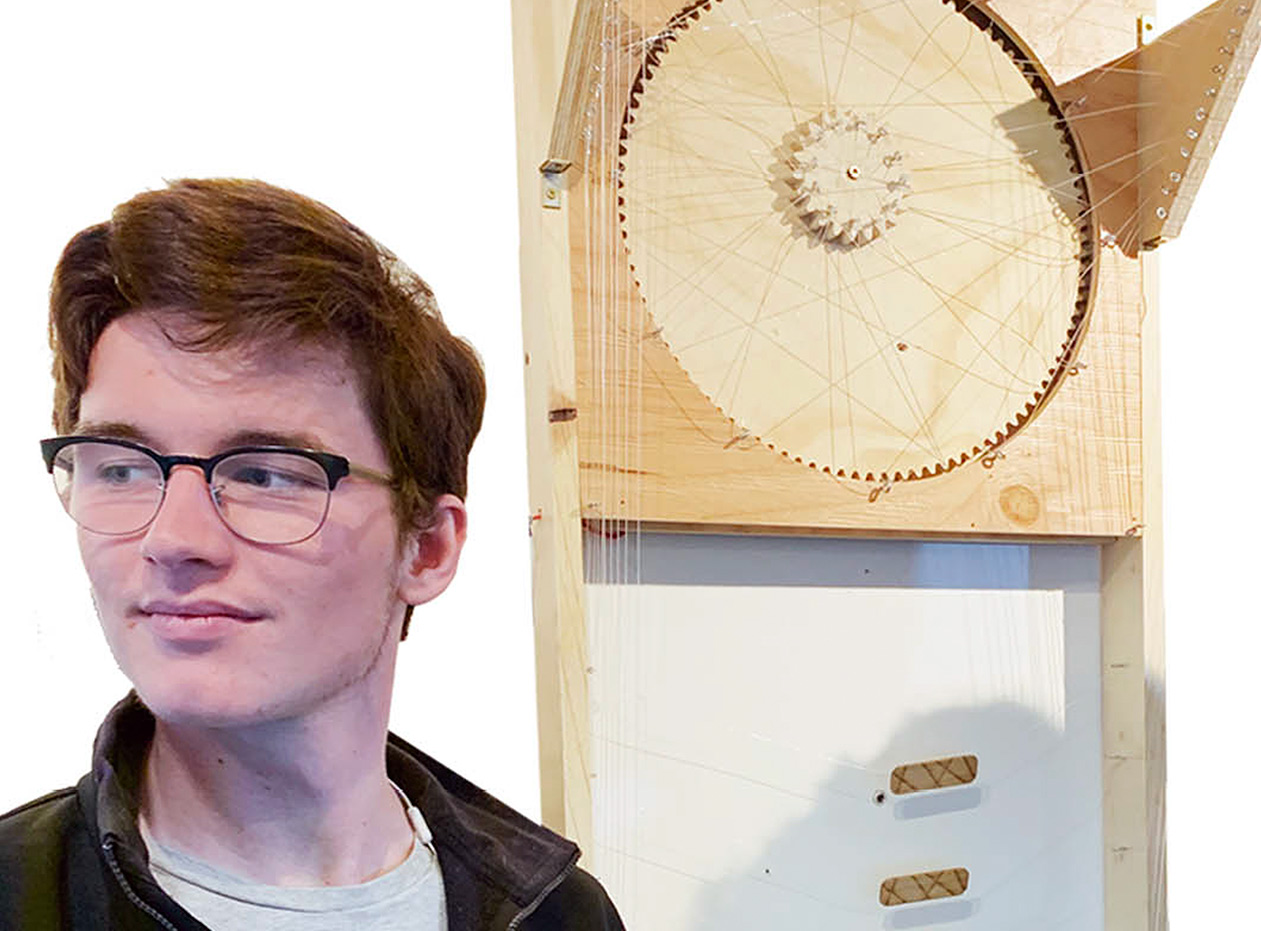 Kinetic artist Rubin Margolin, who makes wave generating machines, had always fascinated Phil Estrada and Mele Sato. In between other projects, Phil spent two years teaching himself to make gears similar to those in Margolin’s sculptures. “I needed time to experience how to make these machines. I needed gears, resources to make prototypes, and exemplars,” he said.

After making prototypes and exemplars, Phil realized how much he learned from the process of constructing, modifying, redesigning and creating a new version. He planned for students to go on a similar supported path that culminated in a machine of their own design to translate a circular motion into a wave form.

Students first made a frame and defined a formula for a sine wave to fit that frame. They had to be accurate in manipulating the variables of the frame and wave so that the physical product would match their graphs.

Students copied Phil’s exemplar wave machine. They drew detailed pictures and plans based on this model, and then cut out all the parts and assembled it. Once they made a model, students documented what they learned and made plans for their next version.

All student groups modified their original model to make it more interesting to them. They used Richard Serra’s verb list, a list of action words that he used in his sculptural practice and Margolin’s website as inspiration. Their plans received critique from both teachers and peers. These modified prototypes were not required to be beautiful work.

For the final portion of the project, groups refined their designs through critique and revision. There were checkpoints throughout this phase to help everyone stay on track.

The first assignment, Static Wave, was designed so that students could learn to use tools, test their quality of work, see math integration, and experience success. The students could start with a simple project to build towards greater design and mathematical difficulty.

The second mini-project, copying the teacher’s prototype, enabled some students to make a model and not feel the immediate need to create something new out of whole cloth.

Students looked at Rubin Margolin’s work, drew pictures of their favorite sculptures, and created their take on how a circular motion could be transmitted to a wave form.

Three to four students latched on to an idea and formed groups. Then they came together with their copies, pulled them apart, and then built a prototype of their new ideas. These new ideas were then certified as “ready to build” if they ran for 20 minutes. New wood was purchased, and the final version was made.

REBELLION PROJECTS
Some students had less interest in the engineering and building aspects of the project and wanted to be able to create their own way to contribute. There were three rebellion projects:

Photo Journal. One group of students documented the whole process.

Exhibition Curation. Curation is a significant skill in itself, often controlled by the teacher, in this case, a group of students wanted to take it on as their final project.

Environmental Audit. Environmental impact, including the use and disposal of materials, is a real issue in project-based learning, and one group decided to take this subject on, including a display of impact analysis in the final exhibition.

The students’ work was displayed in a permanent installation in the school. Its accessibility and interactivity made it an extremely popular attraction at the school. Viewers can engage with the work by just viewing, turning the machine on and off, or exploring the math behind the inventions. 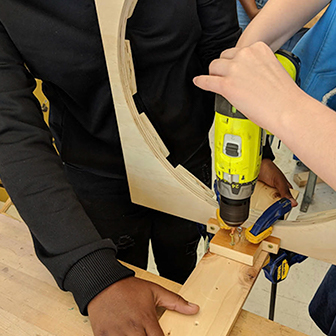 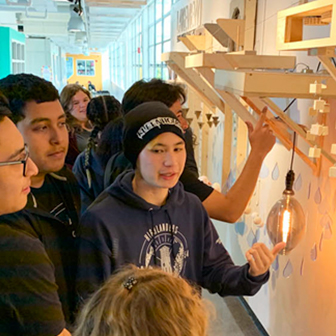